It seems that every generation has some unique thing that may distinguish them from generations prior or that follow. Also, we all know that technology, social media, and the video have become standard definitions of current generations. Lastly, an unfortunate reality of the human species is that we have resorted to physical violence at times of disagreement. Although modern generations and civilizations have decreased the frequency at which disagreements are solved by fighting, the age old "problem solver" is making an unfortunate comeback. In fact, teens of today are combing technology and fighting to later trade fights that they have video taped as a modern form of the traditional baseball trading card. There are many influences that children are exposed to today via the internet that in the past, were not as readily available. While many things can be fake or staged, young children that stumble upon them online may not realize that. In turn, they attempt to re-enact different things that they find online, sometimes causing significant injury. Worse than this, however, is when teenagers are staging altercations so that their friends can make a video to be shared around with whoever throughout their social network. Most times these staged fights begin with some kind of a disagreement between two people, no different than the way a fight may have started 100 years ago. The conflicts that tend to lead to discourse among people also has not changed much over the years. What has changed is technology. Technology and the ability to "save" a fight has created a culture where fighting between people is increasing again, but this time for show. It's no longer about settling a score, it's about making a good video to get as many "likes" as possible online. The whole movement is leading to situations that are dangerous in many regards. As adults in this day and age, it is more important than ever that we maintain a close pulse on what our youngest children are accessing online and talking to them about the dangers of re-enacting things that they may learn from the internet. While the internet can be a great source of information and learning for our youth, it can also be a place of bad learned behaviors. It is important that we take the time to make ourselves digitally savvy so that we can understand the trends of the current and future generations. The age old concept of conversation and talking through an issue without resorting to physical aggression may just be the answer for the modern trading card.

The 13th Annual Celebration of Education, which is sponsored by First Source Federal Credit Union, will take place on Thursday, November 15, 2018 at 5:30 p.m. at Hart's Hill Inn in Whitesboro, N.Y. Each year, the Celebration of Education recognizes outstanding educators and programs throughout the Mohawk Valley that are positively impacting our students, schools and the community. The program includes k-12 schools, area colleges, and organizations that are working in these institutions. If you feel that there is an adult in your child's school(s) or program that works with your children in schools that is worthy of nomination for this awards event, please contact your child's school so that we can submit the nomination paperwork.


The Rome City School District is holding an online apparel sale from now through October 12, 2018. Items for sale can be found by following this link: https://form.jotform.com/73234073037955. All apparel comes in varying sizes, men's/women's, and colors. The logo on each item varies, so please read the item description carefully. We expect product delivery to be roughly one month from the close of the sale. All payments are made online and go directly to the vendor. 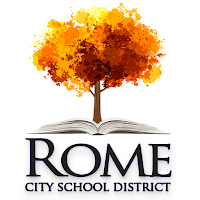 
This week, October 1 through October 7, the Rome FamilyA YMCA will be having their Open House Week. All week long you can try their classes, pools, fitness center, and more! Also, you sign up for a 12-month membership, you'll receive a 13th month free. The YMCA is open to the public and for more information please visit www.ymcatrivalley.org. 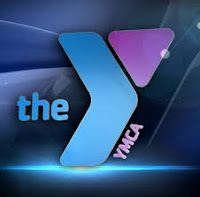 “You have to do your own growing no matter how tall your grandfather was.” ~Abraham Lincoln