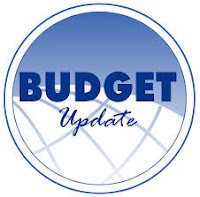 At some point today, it is expected that the NYS legislature and Governor's office will reach an agreement on a state budget. There are several items within the budget that are worthy of careful attention by public schools throughout our state. Most importantly would the increase of foundation aid, above the Governor's initial draft executive budget. Currently, the 'rumors' coming out of Albany project this number to be somewhere between $50 million and $300 million in additional funding. Obviously, the higher the number, the better for our local budget outlook. Beyond the addition of foundation aid, it will be important to learn about how they are going to distribute the additional aid. Each year, there tends to be different factors put into play so that the additional funding is funneled toward targeted districts. In the end, based on historical trends and general conversation that we are hearing, I my best guess estimate for additional aid coming into Rome as a result of the budget bill will be in the ballpark of $650,000. I am hopeful that I am wrong on the low end, but that is the number that history would suggest based on the other numbers we are hearing. Along with the general conversation about the aid, another bill within the budget to watch is the Governor's plan for fiscal equity amongst schools within a district. Fortunately, this bill is losing some steam as we come down to the wire, but if enacted could cause a significant domino effect in Rome. The premise of the bill is that within a school district, no individual school should receive more of a percentage of funding of the entire budget than another. Most districts, including Rome, already run their building allocation budgets based on student population. This is the best way to make an equitable building budget. What isn't taken into account, however, is the cost of the employees within a given building. If this fiscal equity plan is enacted, it is possible that we will need to move staff around to ensure that our buildings have an equitable payroll by student population as well. This would have a tremendous impact on our schools, students, and staff. Fortunately, this bill is losing a lot of steam fast and it is becoming more likely that it won't be enacted this year. Regardless, it is another step towards Albany essentially wanting to centralize control of public education and mandate how our schools are operated. Finally, beyond the budget bill, there will be opportunities in the coming weeks for Rome to continue our efforts with our legislators in Albany to secure additional funding from the various funds that are set aside for the legislature to assign as needed. The work that Assemblywoman Buttenschon, Sentor Griffo, and Mayor Izzo are doing in Albany to gain increased funding for our community has been nothing short of tremendous. The fate of additional funding lies in the hands of committees and representatives that do not have a connection to Rome and do not represent us. For this reason, our district officials have met with and will continue to work with various committees and representatives from around the state. As more information breaks about the state budget and what it means for Rome, we will provide updates to the community.

During the winter sports season, RFA had several students who excelled in their competition arena. For the 2018-2019 winter season. The following athletes were named as All Mohawk Valley All-Stars for their respective sports: Casey Hunziker, Oliver Dragojevic, Sadie Falcone, Marykate Weyant, Isaiah Nebush, Danny Mecca, Jake Hall, Griffin Eychner, Cam Williams, Damien Call, Ashton Thompson, and Marc Darcangelo. Beyond the Mohawk Valley, several student athletes are also receiving All CNY recognitions. Congratulations to all of our student athletes and winter athletic teams for an outstanding season!! 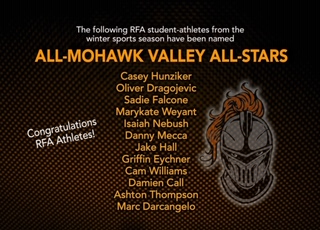 This week, the RFA music department presents their 2019 musical: The Drowsy Chaperone. The show will run on April 4, 5, and 6 at 7:30 p.m. each night. Tickets are general admission: $8 in advance or $9 at the door. Advance sale tickets will be available at Jervis Public Library. The Drowsy Chaperone is the winner of five Tony Awards, including Best Book and Best Original Score. The show is a loving send-up of the Jazz Age musical, featuring one show-stopping song and dance number after another! Mix in two lovers on the eve of their wedding, a bumbling best man, a desperate theatre producer, a not-so-bright hostess, two gangsters posing as pastry chefs, a misguided Don Juan and an intoxicated chaperone, and you have the ingredients for an evening of madcap delight. Come on out this week to support our RFA student actresses and actors!! 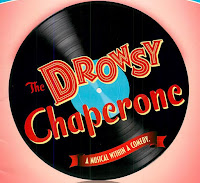 The Rome Free Academy will be hosting the annual Chicken Riggie dinner fundraiser on the Friday night of the RFA musical. The date this year is Friday, April 5th from 4:00 p.m. to 7:00 p.m. Dinner will be held in the RFA cafeteria and the cost is $10 per meal. Each meal comes with riggies, bread, salad, drink, and dessert. Take out meals are also available for anyone that would prefer to support the fundraiser, but may not be able to stay at the school. Following your meal, you can take the short walk to the auditorium and enjoy the RFA musical that evening. What better way to make a complete evening of RFA entertainment! Come on out and support our junior class as well as our talented artists on the stage!

Each year, schools in New York State are required to conduct what is called a "go home early" drill. In our region, schools attempt to have this event occur on the same day to minimize disruptions for our local BOCES. This year, the go home early drill will be occurring on Thursday, April 11. For this drill, students will be dismissed from school 15 minutes earlier than regularly scheduled. Please make sure that necessary arrangements are made for students to arrive home from school earlier on that day.
Posted by Peter Blake at 9:33 AM

"I have been up against tough competition all my life. I wouldn't know how to get along without it." ~Walt Disney