During the past week, we discovered an error in our student management system scheduling component as the end of marking period 2 approaches. Due to this error, we have decided to change the report card release date for elementary schools for marking period 2 to January 26, 2017. I realize that this date may be different than a previous communication that you may have received from the building level, however, as a district we are moving forward with the January 26 release date for all k-6 report cards. Thank you for your time and understanding with this adjustment. 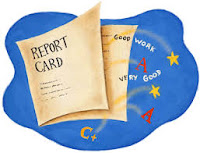 
During the past week, we have had multiple professionals and perspectives presented to us regarding the RFA auditorium. We have been able to replace the fan system that keeps the electrical unit cool while in operation for roughly $500. This is a temporary fix to the auditorium as the control panel that communicates with the fans and the units is still not operating correctly. In the current state, we can operate short performances/rehearsals in the auditorium as we pursue a permanent fix for the room. At this time, we will conduct rehearsals for the Strough and RFA musicals in the auditorium at RFA while we investigate the potential need to hold performances in other locations. As always, any official decisions being made will be made through the district and communicated through the district and myself. Until such notice, any rumor that you may hear should be treated just as that, rumor. This is a very challenging issue to work through and we appreciate your understanding with regard to planning a course of action.

“Life’s most persistent and urgent question is, ‘What are you doing for others?'” ~Dr. Martin Luther King Jr.