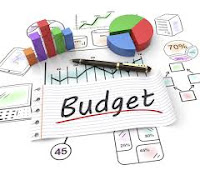 This week, we presented the currently proposed operational budget for the 2019-2020 school year. While there is a lot of information circulating about the negatives included with the budget, there is very little about the facts related to the negatives. Unfortunately, public schools are the only public institution that is required to present a balanced budget (revenue and expenditure match) and have it voted upon. Local, State, and Federal governments operate in significant deficit each year because their budgets only need to be presented as an expenditure budget and do not require voter approval. For this reason, school districts across New York State become targets each year during this time. In Rome, for the 2019-2020 school year, there is currently a project revenue deficit of $5 million. The largest factor for diminishing revenue is State aid, also known as foundation aid. As you know, local taxes are the only source of revenue that a school district controls; and a community can only burden so much of the revenue loss over time. While it is true that the school district has lost over $7 million in tax revenue the last six years, it is also true that taxes have been raised and continue to be higher than many would prefer.

With the loss of $5 million in revenue, the budget deficit would be roughly $14.5 million dollars if everything we were currently doing, continued. Without money coming in the door, there are no options but to reduce expenditures. In years past, the district has consistently and continuously used their reserves to plug any gap/deficit to attempt to hold on for another year. This has left our fund balance reserves at a dangerously low level. In the current budget, with $7 million of reductions and $2.4 million of reserves allocated to help plug the gap; we still have a $4.5 million deficit to balance the budget before the end of the month. The three options for this would be to reduce further (nearly impossible), hope for more state revenue (or tax revenue which is not likely), or utilize more reserves which would leave roughly $600,000 in the bank for the future. As you can see, the situation is extreme and stems from a lack of revenue.

The main issue, as mentioned, is the foundation aid that comes from the State. This year alone, the formula suggests Rome should be receiving $61 million in aid, however the Governor's initial executive budget only calls for $49 million coming to Rome. Beyond this year, the district/community is owed $52 million of funding from the past 6 years. To continue the issue, not only is the district owed funding, we have seen the percentage of our funding decrease from 87% fully funded just 4 years ago, to 79% fully funded this coming year. Rome is one of two small city school districts in New York whose percent funding is decreasing while their total funding is not at 100% or better. Many small city school districts in New York have seen their funding increase by 15%  over the same 4-year period that ours has declined, or they are fully funded at 100% or better. Some school districts across the state receive more than 100% of their funding, thus creating significant disparities on our public education system.

As you can see, the situation is not as simple as we need to balance the budget so let's make cuts. No one wants to reduce anything. However, with less money coming into the district year over year, and having almost no control over that revenue; we are left with very few options. The revenue issue has already predicted a deficit for 2020-2021 of $9 million. This is the worst case scenario for all and it is imperative that we continue to work to reduce expenditures in an effort to make sure we can remain solvent in the future. For more detail on the numbers, please see the presentation on our website: 2019-2020 Budget Presentation. For a detailed explanation of the budget and situation, please attend the next Board meeting on March 28 at Strough Middle School. We will also be doing a community video presentation for anyone that is not able to attend.

This coming Friday, March 15, is a Superintendent's Conference Day and classes will not be in session for students; with the exception of Staley Elementary School. Staley students will attend for a half-day of instruction to make up one of the extra contingency days. Staley will operate from 9:10 a.m. to 12:40 p.m. If you have any questions about this coming Friday, please contact your child's school.

Thank you to the Rome City School District Art Department for once again putting on the annual traveling art show throughout the Rome community. On March 7, the show opened at the Willett Center. Over the next two months, the show can be seen in different locations. The art show will remain at the Willett Center through March 26, then can be seen at Community Bank from April 3-22, and will conclude at Artistry Studios and Gallery from May 1-21. Congratulations to all of the students whose art work is displayed and don't miss this opportunity to see the amazing talents of our young artists in Rome!

March signifies National Professional Social Work Month and is an opportunity for social workers around the nation and world and their supporters to educate the public about the invaluable contributions of the profession. Every day, the nation's 680,000 social workers work to empower and elevate millions of people, including some of the most vulnerable in our society. Social workers in school have not only become a necessity for our children and families, they have become an invaluable resource for everyone in times of stress and need. Thank you to our Rome social workers who consistently go above and beyond the call of duty for all students, their families, and their colleagues.

On Monday, March 25, 2018, we will be hosting our annual Dialogue with the Superintendent event at Strough Middle School from 6:00 p.m. to 7:30 p.m. in the Auditorium. The event is intended to provide families an opportunity to ask questions through the submission of a question card and elicit an on the spot response. All questions are anonymous. This event is open to ALL parents and community members in the District and is not specific to any one given building. For more information or if you have questions, please contact the District office.